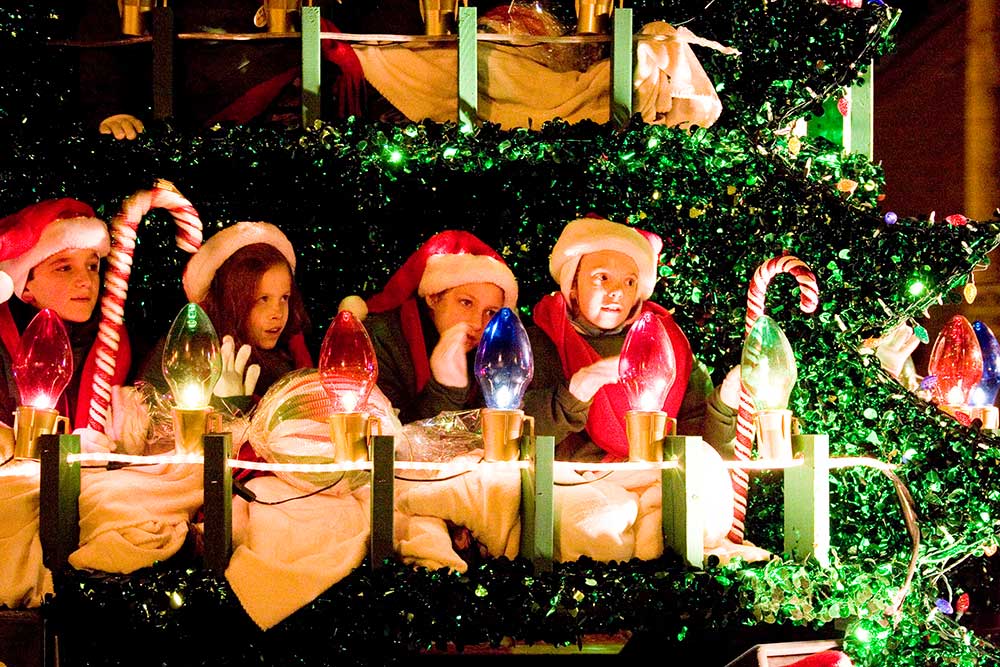 5 Branson Traditions To Get You in the Holiday Spirit

Ozark Mountain Christmas is sure to make magical memories that will follow you and your family into the new year.

Celebrate the reason for the season at the Adoration Parade

If you ask a local, you’ll hear that the countdown to Christmas officially begins with the Christmas parade occurring on the first Sunday of December every year.

Enjoy the 73rd annual Adoration Parade and Lighting Ceremony on Sunday, December 5, 2021, at 5:30 p.m. in Historic Downtown Branson. Expect marching bands, floats designed by area organizations and churches, candy tossed into the crowd, and a guest appearance from none other than Santa Claus himself.

Designed as a non-commercial celebration of Christ, a 28-foot-tall nativity scene sits high on a bluff on the other side of Lake Taneycomo from Downtown Branson. Every year, it’s illuminated at sundown as the kickoff to The Adoration Parade.

The parade route begins in the Branson Convention Center parking lot, travels north along Branson Landing Blvd., and turns south onto Commercial St., to wind back to the parking lot. 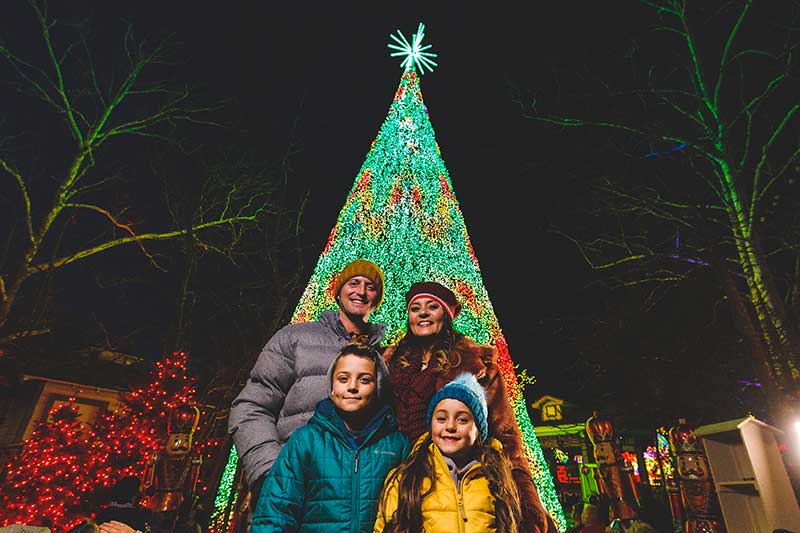 Silver Dollar City is decorated with more than 6.5 million lights

Watch faces light up with joy when looking at Christmas displays

Branson goes above and beyond with holiday decorating. So be sure to drive your family around town to take in the lights and decorations. What’s more, Branson is an official Christmas Tree City with an estimated 700 Christmas trees around town.

Drive through the Trail of Lights at Shepherd of the Hills and experience Silver Dollar City’s over 6.5 million lights. 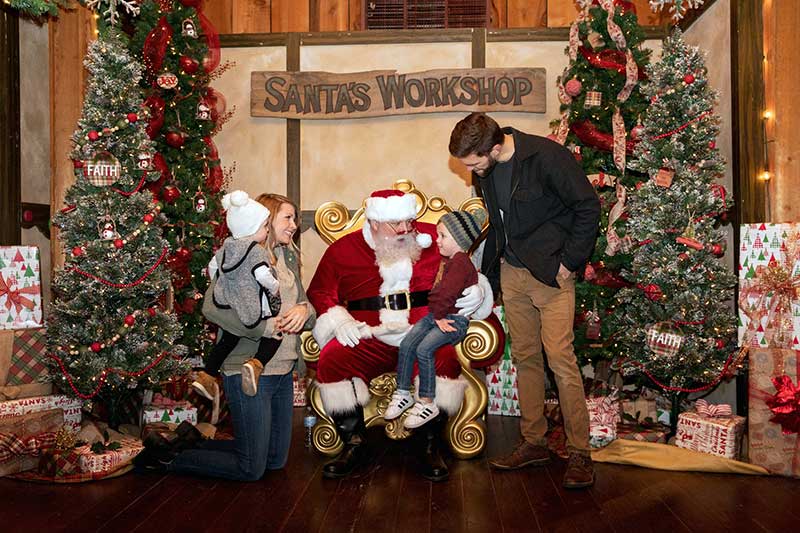 Kiddos will squeal with excitement when having their traditional Santa photo taken at one of many places in Branson. He makes sure to be available for all of the good kids who visit.

Don’t forget that he has to change clothes every now and then and sometimes his reindeer aren’t with him because they’re resting.

Find Santa at Bass Pro at the Branson Landing, Kringle’s Christmas Store at the Grand Village, Shepherd of the Hills, Silver Dollar City, and the Polar Express. 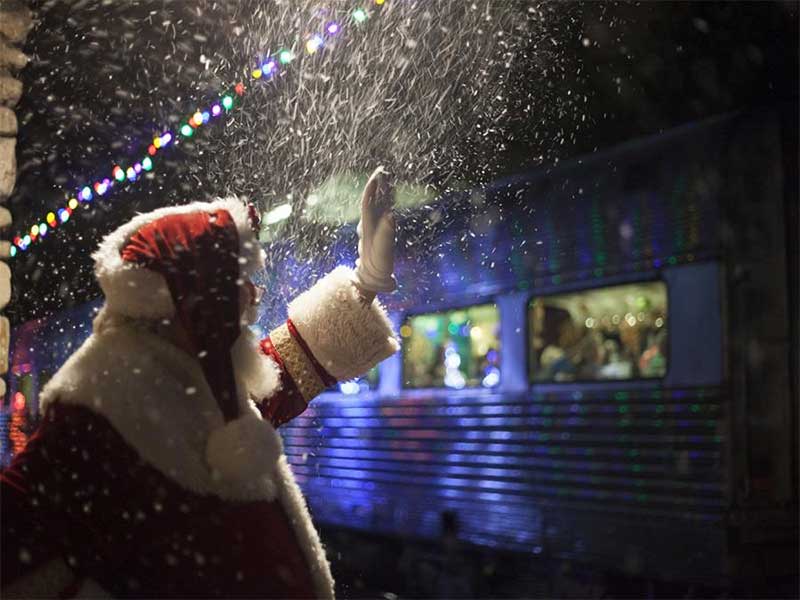 All aboard The Polar Express

Watch wonder-filled eyes process the magic of the classic holiday story as they board Polar Express on the Branson Scenic Railway. Enjoy the clickety-clack of making your way down the tracks while you listen to storytelling, caroling, and sipping and munching on hot cocoa and cookies. 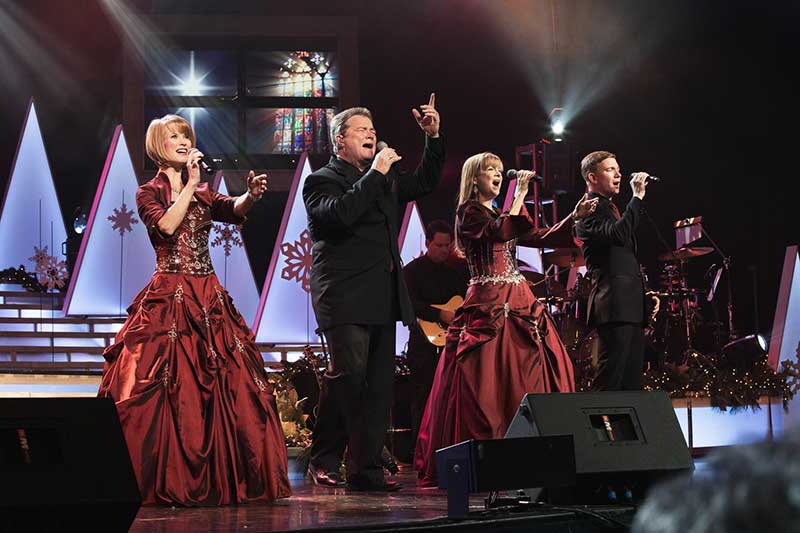 Get your holiday kicks at one of the many Christmas shows

They say, “there’s no place like home for the holidays. No matter how far away you roam.” So, take in one of Branson’s merry Christmas shows to transport you back to the peace of home and Christmases past. Share the magic because, in Branson, there’s a show for everyone.

Visit Branson Show Tickets Direct to reserve tickets to live shows that will have you singing along with traditional Christmas carols, country Christmas hits, and Broadway-style productions. You’ll even find Christmas songs through the decades. By the end of your trip, the whole crew will be swept up in the magic of an Ozark Mountain Christmas.